Residents get hands-on with VR tech to develop Claridge Way

Through a series of community led workshops, Hobs 3D has collaborated with residents of Thamesmead to re-design Claridge Way, an area in London, using the latest virtual reality (VR) technologies. 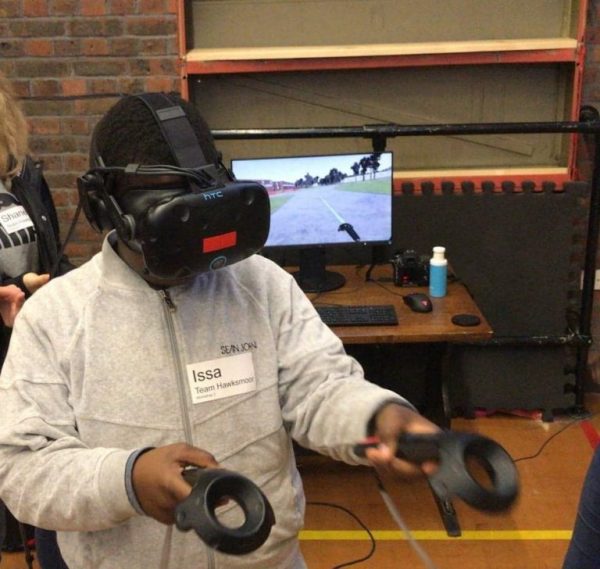 The VR workshops, which have taken place at Hobs 3D London in Here East – the Home for Making, have included a range of activities using VR, photogrammetry, 3D printing, 3D scanning and even creating a 360° film.

Ewan Morrison, Head of Visualisation at Hobs 3D said: “When Peabody approached us to create a brief around co-design and technology, I was quietly excited about the potential. VR technology was the ideal way to really allow participants to see Claridge Way from a new perspective, first hand. Our team at Hobs 3D created a unique, interactive VR experience, which allows the public to get involved, and have their say on the future development of Claridge Way. Using VR will truly aid in the co-design of this community initiative.”

Attendees have been hands-on with digital technology in a VR and photogrammetry laboratory, using pre-made maquettes which were scanned and taken into a virtual world. Through these series of workshops, participants have created their own “VR worlds” in Unreal Engine, re-designing an area of the public realm, using Epic Games Unreal Gaming Technologies.

Ellen Halstead, Peabody’s Head of Strategy for Thamesmead, said: “It’s exciting to be able to harness the very latest VR and 3D technology to unlock the full potential of community spaces. It has allowed residents to be really involved in the design process, and has given them a sense of ownership as well as the opportunity to learn new skills in a hi-tech environment.”

VR technology has one overriding feature which differs from previous CGI technologies. With VR, multiple users can explore both imaginary and real-life VR worlds at a scale of 1:1, at their own pace. These individual experiences have opened up project discussion, allowed residents to share design ideas and have helped to educate each other on the development of projects.